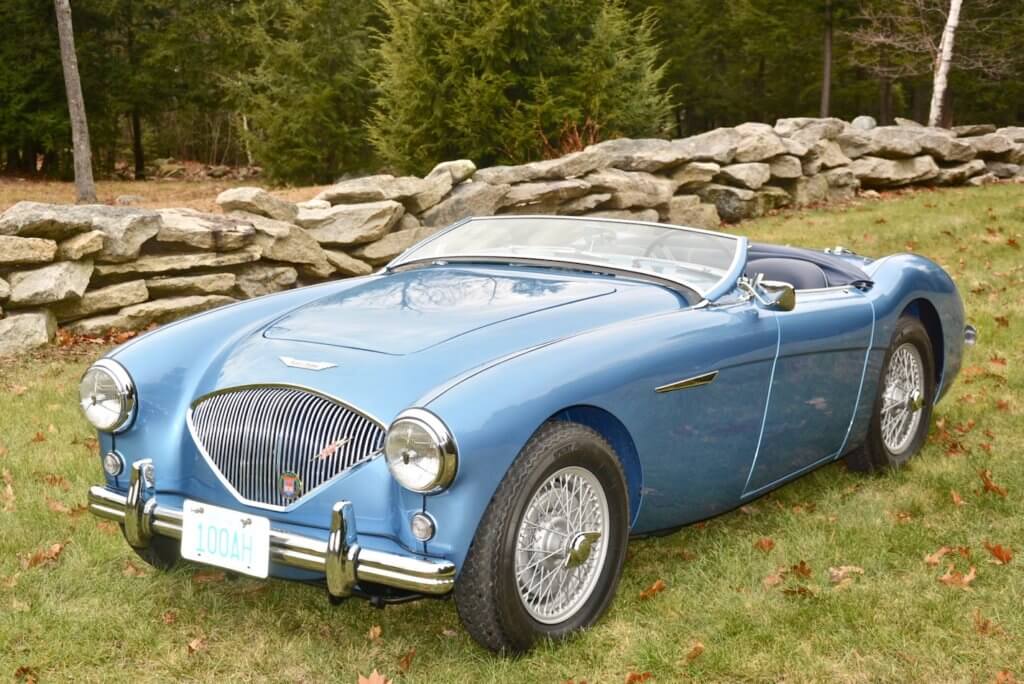 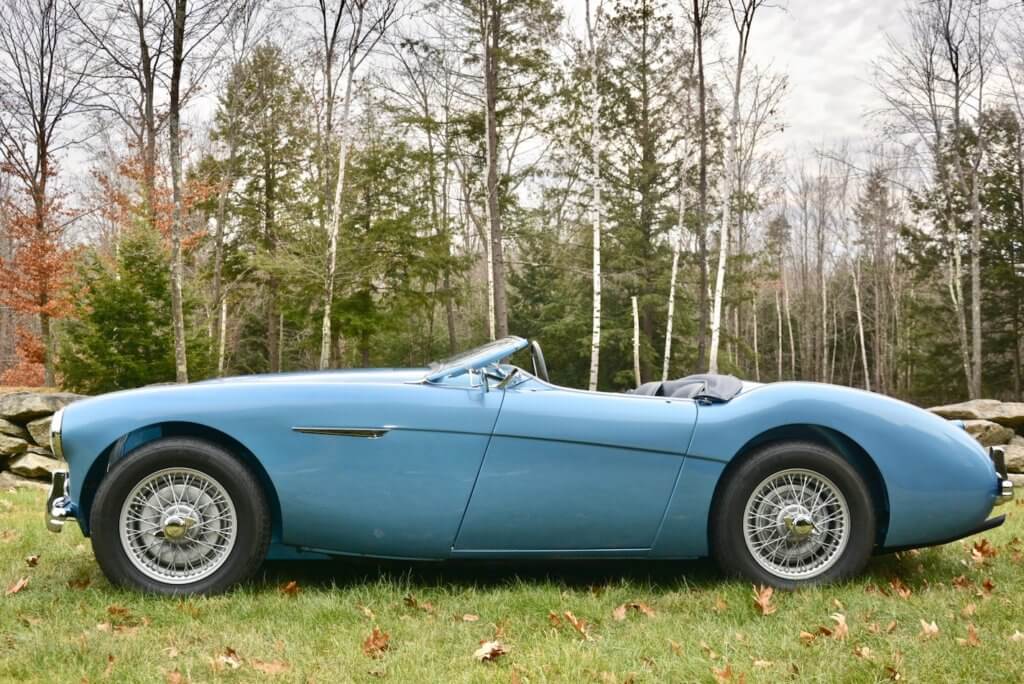 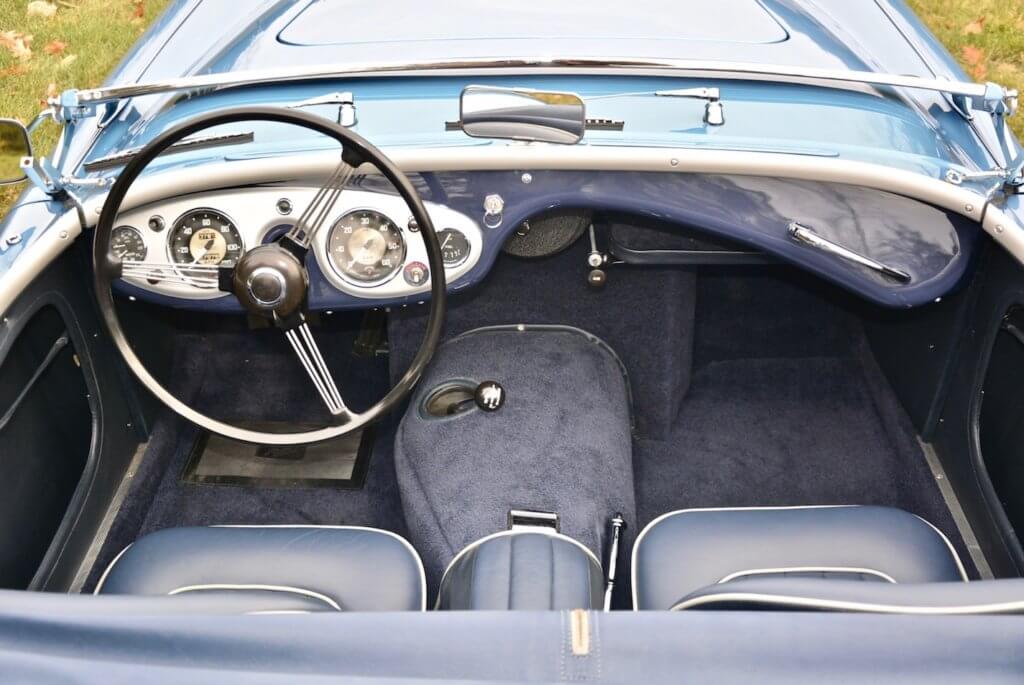 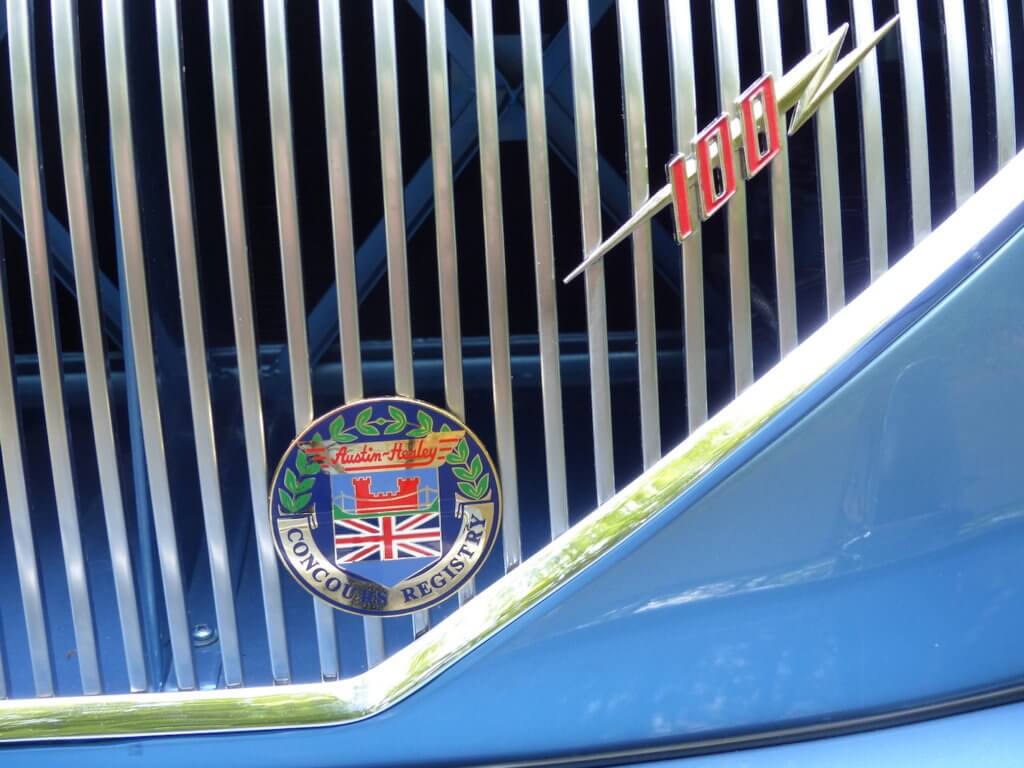 This Austin-Healey 100 BN2 roadster is a fully restored example that recently took both Best in class and Best in Show awards at the 2017 Austin-Healey Encounter meet in Princton NJ. It also achieved a Gold-level concours award with an impressive 981 points out of 1000  by the Austin-Healey Concours Registry.

This US-market car was originally imported by Hambro Trading Inc. in 1955, and was purchased five years ago by the current owner who then undertook the rotisserie restoration. Power comes from its matching-numbers 2.6L inline-four paired to a 4-speed manual transmission with electronic overdrive. The current owner has added around 1500 miles behind the wheel with some routine service including re-torquing of head bolts and an oil change performed since the completion of the restoration in early 2017. Gallery photos document the restoration effort and a certificate from the British Motor Industry Heritage Trust confirms the correct Healey Blue over a blue interior. The sale of the car includes comprehensive restoration pictures, documents, and a clear New Hampshire title.

The numbers-matching 2.6L inline four-cylinder (1B228142M), is mated to a 4-speed manual transmission with a Laycock de Normanville overdrive operable in the top two gears. The rebuilt motor was balanced and fitted with hardened valve seats and bronze guides, and the camshaft was hardened and re-ground to 100M spec at Elgin Cams in California. The transmission and overdrive were rebuilt by British specialists Quantum Mechanics in Oxford, Connecticut and the twin SU carbs were rebuilt by Joe Curto in College Point, New York.
As photos show, the car was fully disassembled and the body mounted on a rotisserie. The owner had all original brightwork re-plated, and only used original or NOS components throughout the restoration. A new dark blue soft top was installed using all original snaps and re-chromed latches. Also included is a new tonneau fabricated using a correct NOS zipper and the original snaps. Girling drum brakes are equipped at all four corners and all new stainless steel lines were custom fabricated by Finespanner, Inc.
The interior was fully restored in the original dark blue with correct materials used throughout. With all the Smiths gauges rebuilt the current 67,979 miles on the odometer represent the mileage since new, with the last 1,471 miles added since the completion of the restoration in early 2017. Blue leather upholstery was fabricated by Autoweave in Denver, Colorado, using hides imported from the UK. Aftermarket lap belts were added for safety. The vinyl-lined trunk carries a spare wire wheel, jack, mallet, and complete tool roll.
Every component of this car was painstakingly restored with great level detail given to even the smallest of items. The result is a car that is as close as you can get to driving a new 1955 Austin Healey 100.
This is truly an investment grade BN2 that drives as great as it looks. A rare opportunity to own one of the very best.