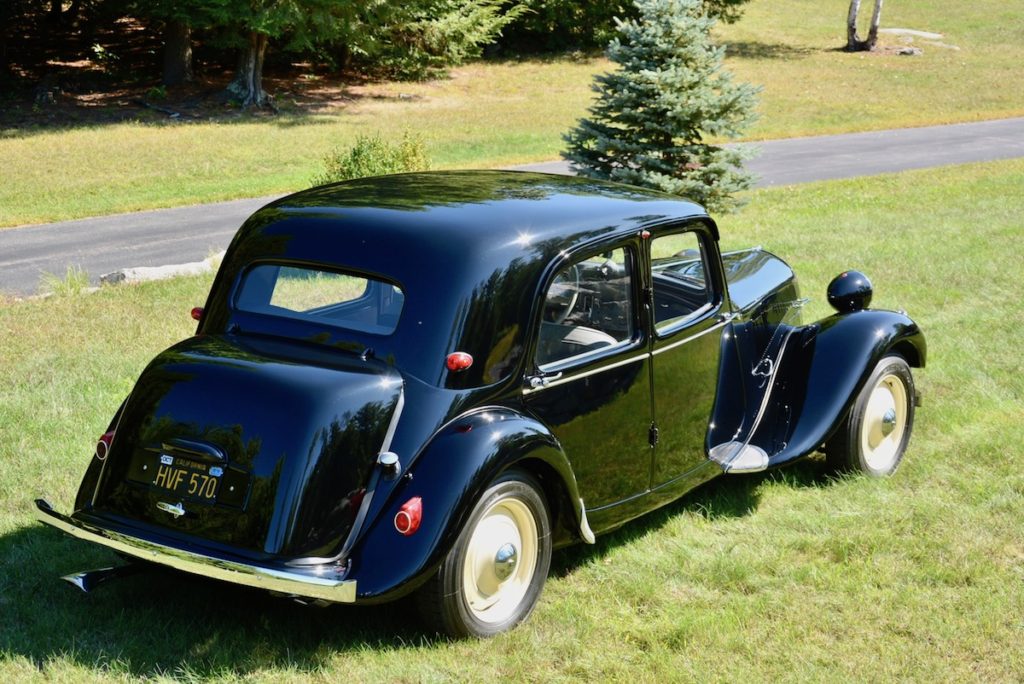 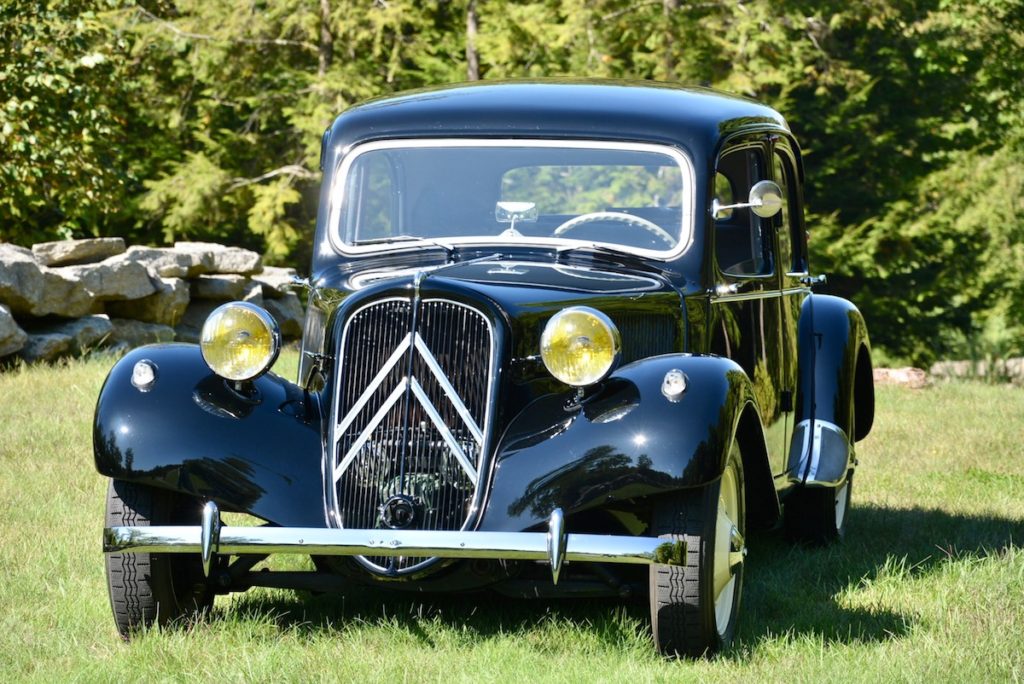 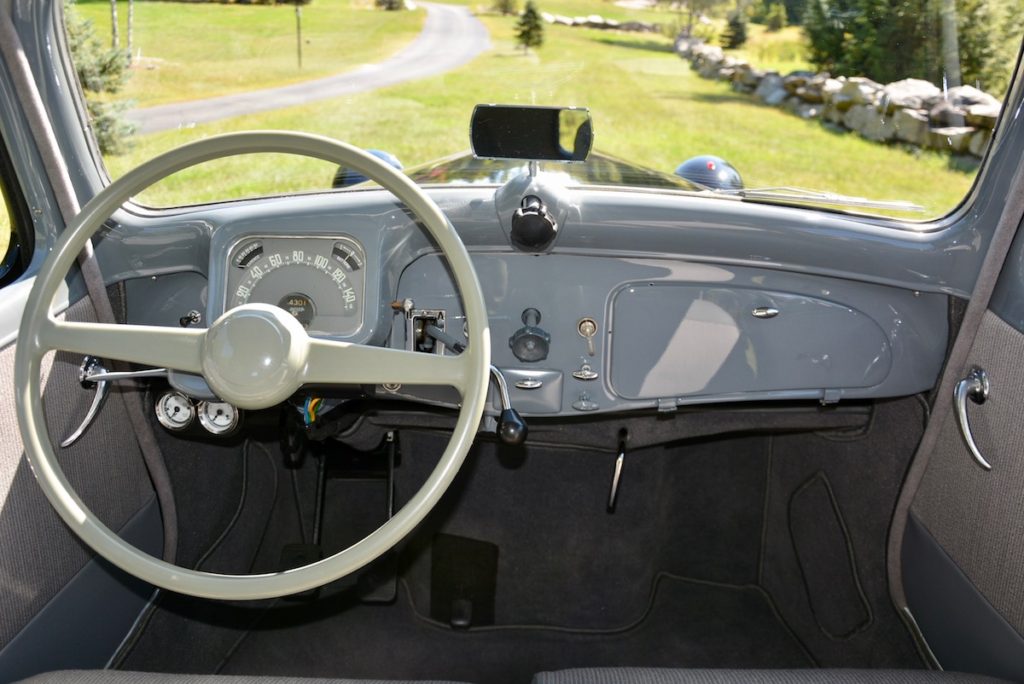 Authentically restored California example One of very few in the US


Deprecated: wp_make_content_images_responsive is deprecated since version 5.5.0! Use wp_filter_content_tags() instead. in /home/noc9m3vafjpd/public_html/wp-includes/functions.php on line 5326


The Traction Avant designed by Andre’ Lefebvre and Flaminio Bertoni in late 1933 pioneered front-wheel drive for the European mass car market. Front-whhel drive had first appeared on luxury vehicles manufactured by UK based Alvis in 1928 and the US car company Cord in 1929.

Most other cars of that era were built with the frame and body as separate units. The Traction Avant’s structure was Unitary Construction (called Uni-body in the US) with no separate frame resulting in a lighter vehicle. This is now the global standard for car modern car production. This Unitary body saved around 150 pounds in steel as well as allowing the Traction Avant to be very low-slung relative to it’s contemporaries. The Traction Avant was always distinctive for it’s time.The Suspension was very advanced with the front wheels independently sprung using a torsion bar and wishbone set up where most other cars of the period were using cart-type leaf springs. The rear suspension employed a Panhard rod, trailing arms and torsion bars. Considerably lighter then other designs of the era, it was capable of 100km/h or around 62 mph.

This particular car was painstakingly restored to be as correct and original as possible. Originally a California car, it was a great candidate for a full  restoration with many parts coming from France. Now with just over 1200 miles on the odometer since the completion it’s a well sorted car ready to take to shows or participate in driving events.