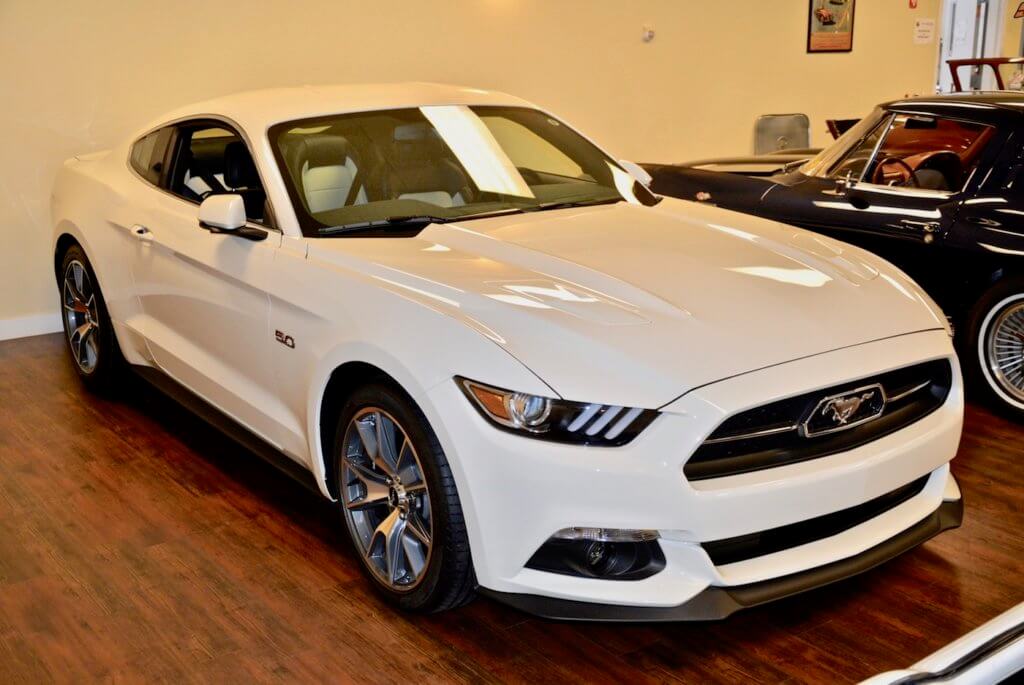 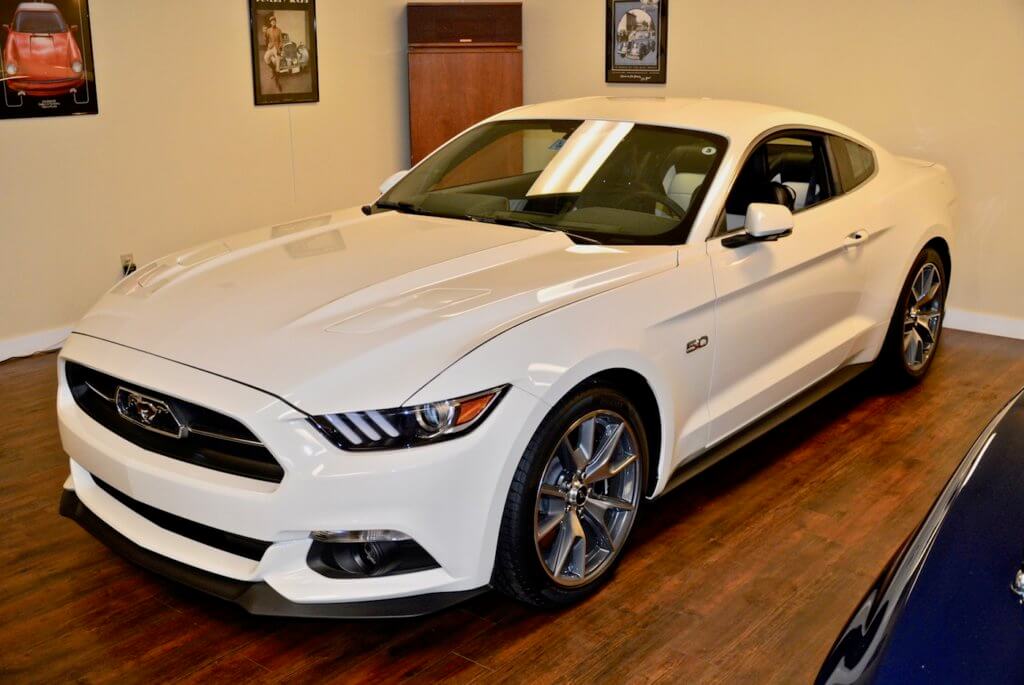 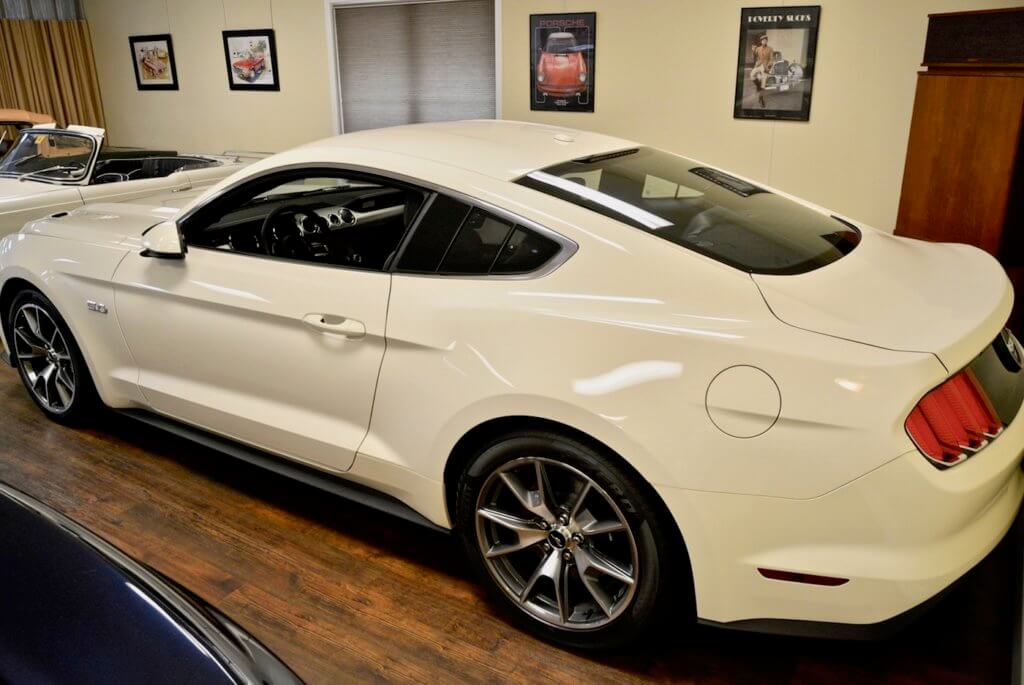 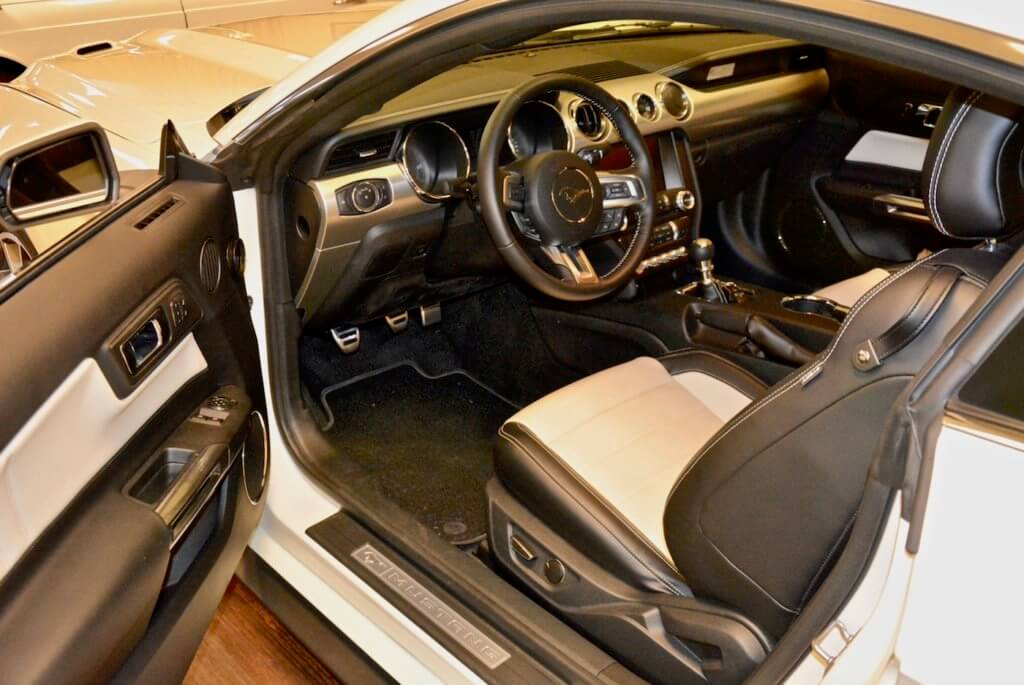 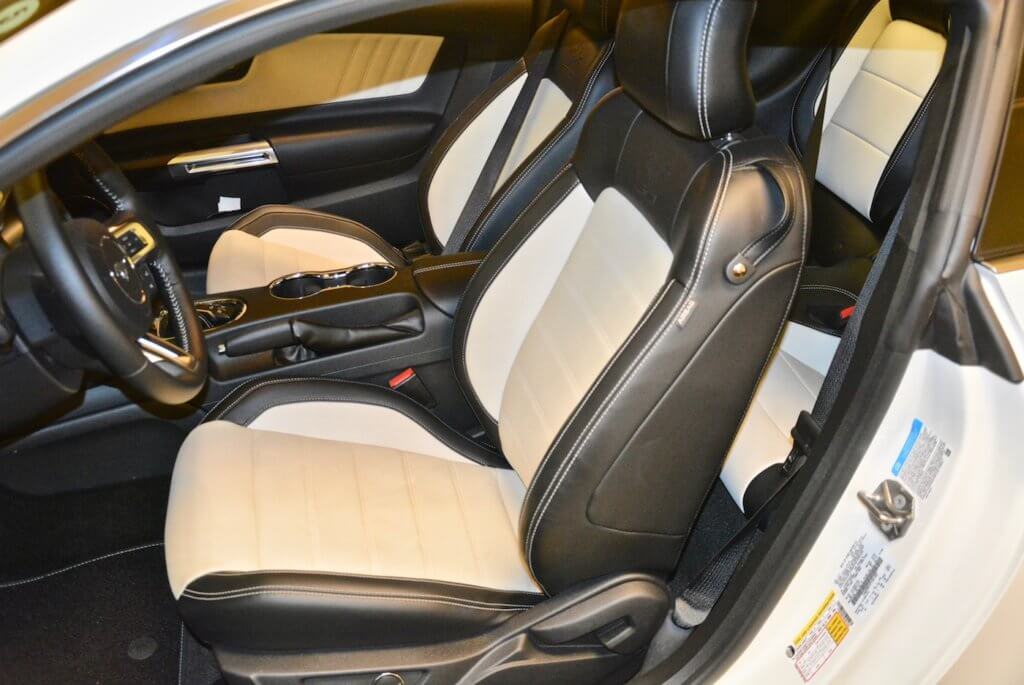 2015 Mustang GT 50th Anniversary Edition number 1302 of 1964 produced. Only 734 miles on the odometer. Always stored in a 65 degree climate controlled building. Created to honor five decades of Mustang heritage, only 1,964 examples of the 50 Year Limited Edition were ever built. This vehicle is based off the 2015 Mustang GT fastback with the performance pack. All 50th Anniversary cars are powered by Ford’s 5.0-liter, naturally aspirated V8, estimated to produce more than 420 horsepower and 390 pound-feet of torque. The only options for the 50th Year Limited Edition are the choice of two exclusive colors and a six-speed manual or automatic transmission. This car has the 6 speed mannual gearbox. The only two available colors for this limited edition vehicle were Wimbledon White, like Mustang serial No. 0001 that was first sold to Capt. Stanley Tucker in April 1964, or Kona Blue. Chrome trim was much more prevalent on cars in the 1960s than it is today, so Ford has added some discreet highlights for the grille, side glass and tri-bar taillamps. Another visual element that won’t be found on any other Mustang is the louvered rear quarter- windows. Unlike the external louvers on the quarter-windows of the 1965 fastback, the new windows are comprised of layered sheets of glass built with a construction technique uniquely developed for this car. The 19-inch alloy wheels feature a unique Y-spoke design inspired by the chromed steel wheels that were offered on the original Mustang 50 years ago. The front wheels are 9.0 inches wide with 255/40R tires, while the staggered rear wheels are 9.5 inches wide with 275/40R tires.