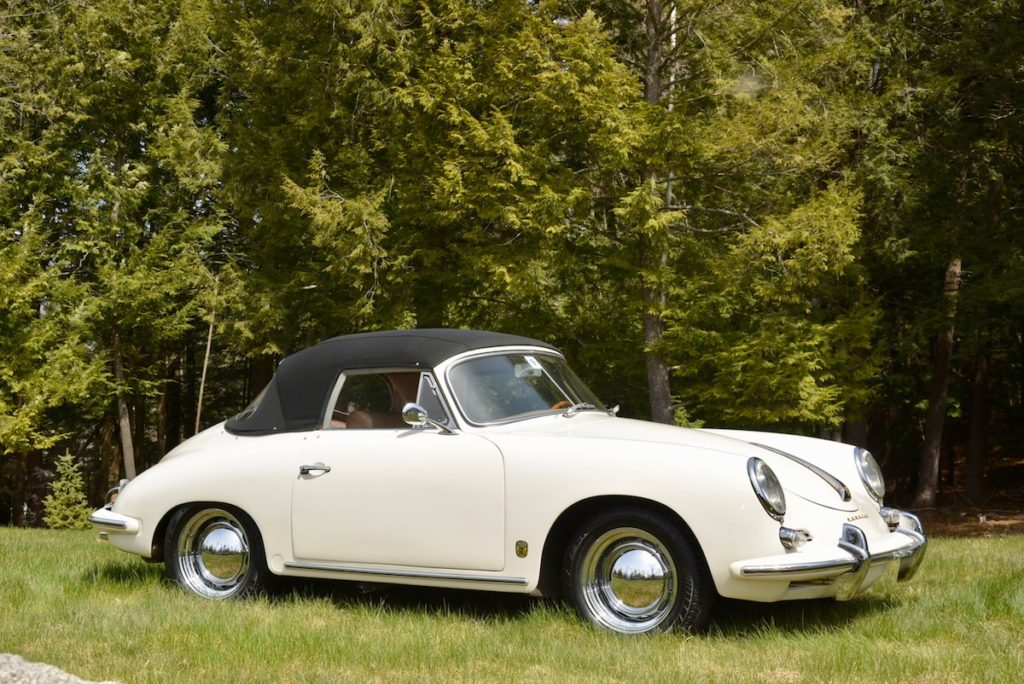 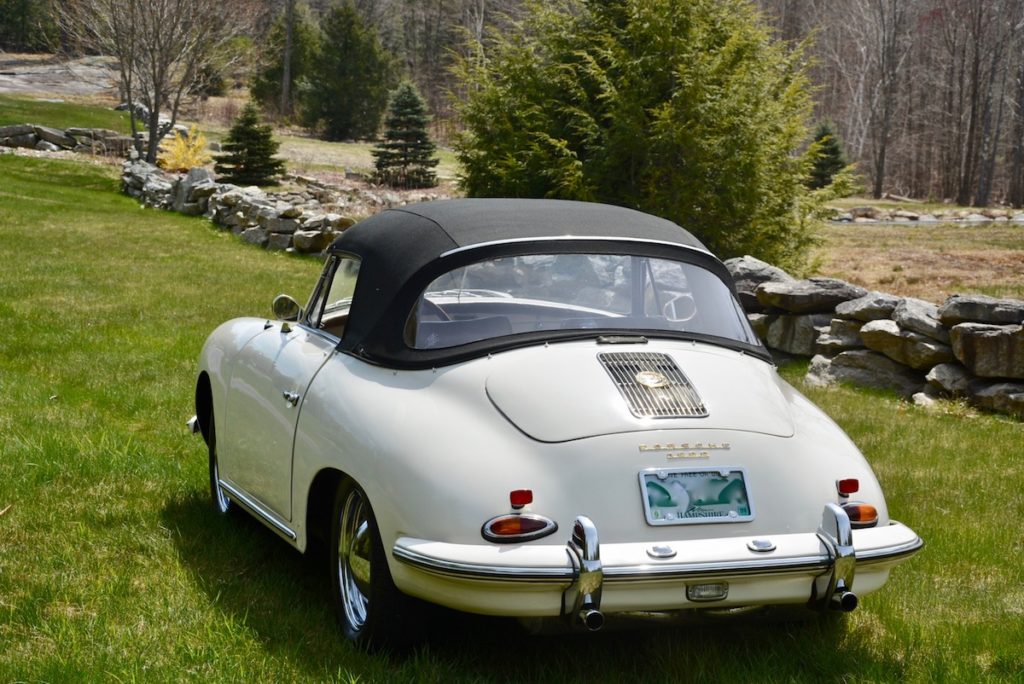 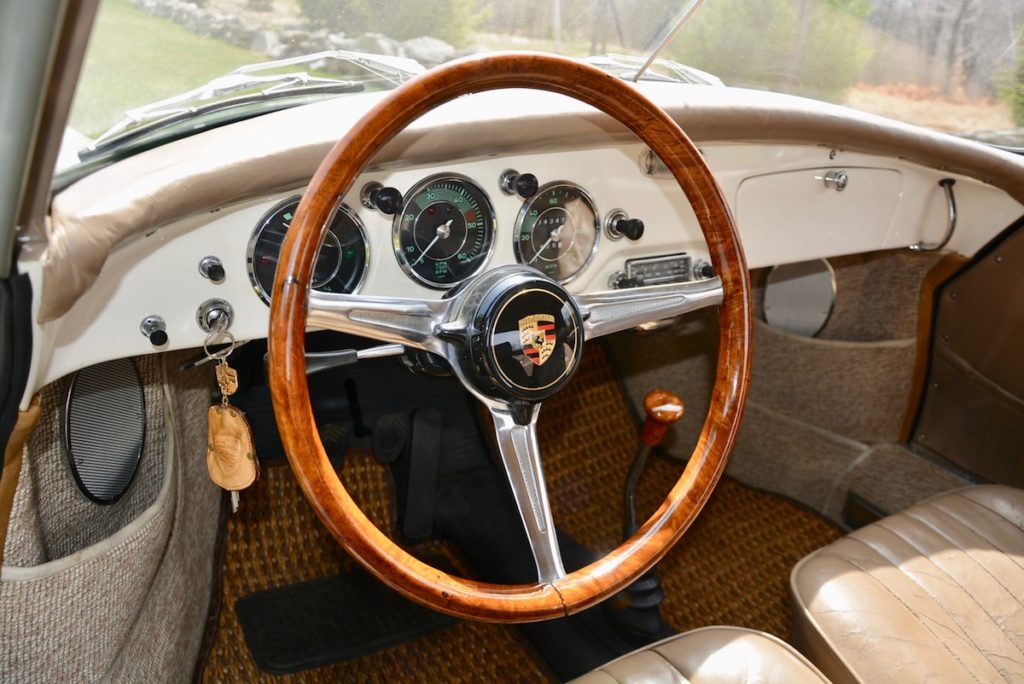 Deprecated: wp_make_content_images_responsive is deprecated since version 5.5.0! Use wp_filter_content_tags() instead. in /home/noc9m3vafjpd/public_html/wp-includes/functions.php on line 5326

The current owner purchased this Reutter built 1960 356 (T5B) Cabriolet in 1997 as a nearly completed restoration project needing some finishing touches. When purchased the car had just been re-painted and had the original 1600 engine fully rebuilt with a 1720 big bore kit. (86mm pistons and cylinders)
That same year the canvas soft top was restored by Autos International and the gauges restored by Palo Alto Speedometer. Nearly every piece of chrome was re-plated by CustomChrome Plating of Grafton OH. In 1998 a period Blaupunkt radio was rebuilt with modern internals by Antique Automobile Radio Inc. of Palm Harbor FL. The carpet was replaced with correct German square weave. All rubber door seals, windows seals , floor, shifter, trunk seal, etc. were also replaced at that time.
* The current windshield is original and shows wear scratches from the wipers.
* The car still retains it’s original seats, door cards and other interior panels which were dyed.
* Also in 1997 the original carburetors were removed and replaced with Webers.
* A new-old-stock original exhaust was ceramic coated before being installed.
* Koni Red shocks were installed.
* Current tires are Michelin XSE 185/65-15 date coded 1997 and do not have dry rot but should be replaced do to age.
* Tool kit is a reproduction.
* The 6volt Optima battery was replaced in 2019 and remains on a battery tender when the car is not in use.
* Jack Archt made the burl wood steering wheel built on the original wheel core.  Also matching wood gear shift knob.
In 1999 the owner drove the car from Idaho to Pennsylvania but other then that one long trip the majority of the estimated 4,000 miles covered during his ownership have been local drives. The current odometer reading is 34,346 miles but true mileage is unknown.
The car is being sold with a clear Pennsylvania title issued in 2001. Restoration receipts go back to the late 1980’s and include engine rebuild work performed by Competition Engineering of Altadena Cal.
Also included in the sale are the names and addresses of four previous owners dating back to a seller in 1972 who we believe might have been the original owner.
The car has been in climate controlled storage for several years and although it runs well may need some brake service before being used on a more regular basis.
Chassis no: 152511
Engine no: 600240
Has dual mount 741 Transmission no: 56678