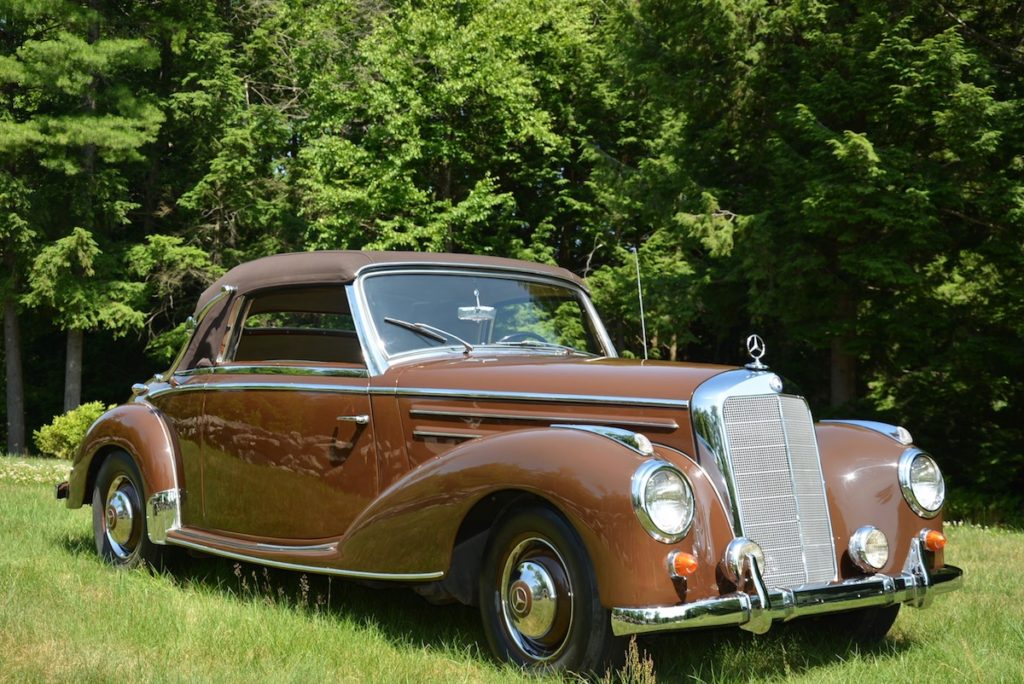 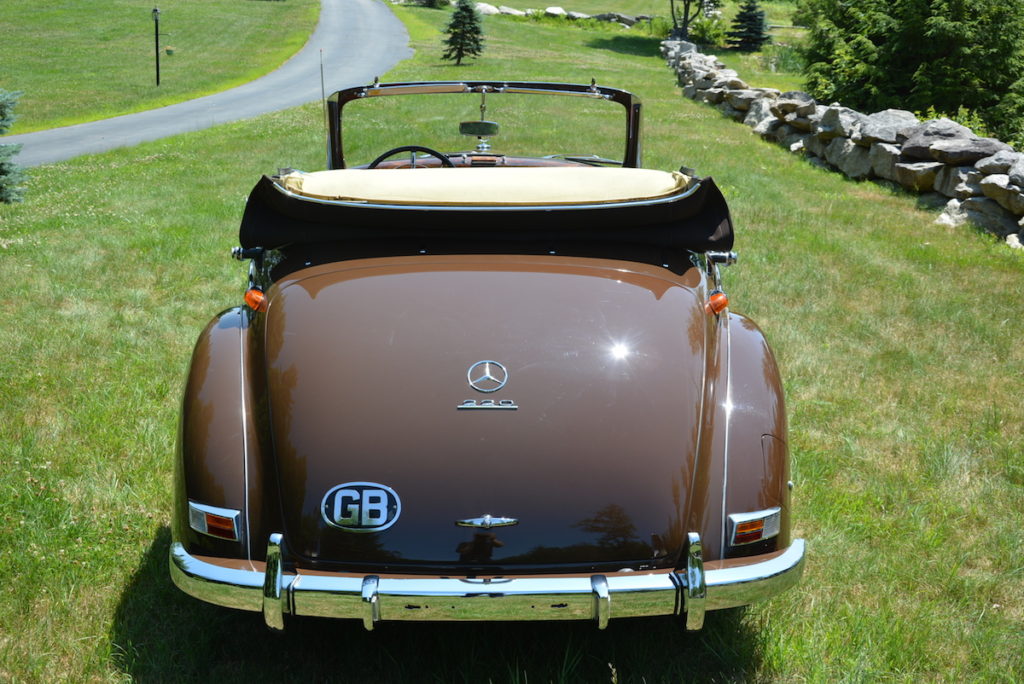 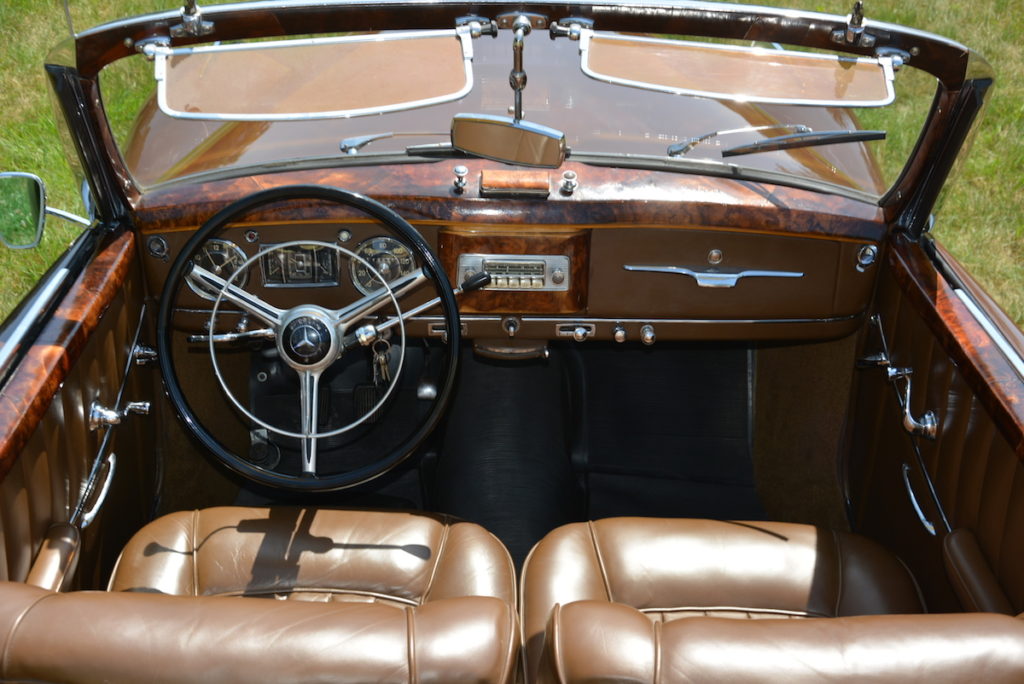 One of 1,278 Cabriolet A’s produced between 1951 and 1955, this 1954 example is one of only 300 second series curved windshield cars built.  Primarily hand built at the factory, this particular example was purchased buy the current owners father in late 1971 with 5,305 miles on the odometer. It was then placed under the care of Hibernia Auto restorations in New Jersey for a comprehensive restoration completed in 1977 at a cost of just over $41,000. Although it originally left the factory Painted Grey beige but was re-painted to its current medium brown during the 1970s restoration. Meticulous records dating back to 1971 were kept covering every single receipt of work to date as well as correspondence to Mercedes North America and annual registrations. Shortly after the restoration was completed the car and owner relocated to the UK where both attended many local car shows and various driving events such as the Bath to Bournemouth Classic Car Run.

Upon its return to the US in 2001 it was placed into storage and returned back to driving condition a year ago in June of 2018.  Now showing just 16,664 miles from new the current condition of the paint is very nice with a few noticeable flaws. The carpeting and leather interior are also quite pliable and soft. The burled wood veneer is starting to delaminate in areas and may need attention in the future. All the bright work looks excellent with the exception of some slight aging visible in the radiator shell. Tires although in very good condition, are older and should be replaced. Overall this car is in very nice driving condition but may require a bit of further sorting out due to it’s lack of use in recent years.